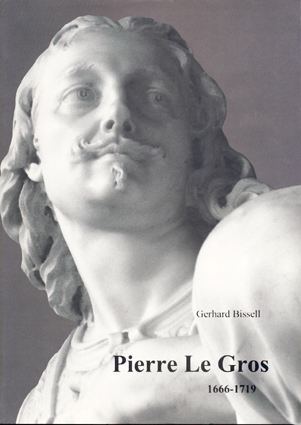 Pierre Le Gros 1666-1719
Reading (Berks.) 1997
(first critical modern monograph on this important late baroque French sculptor who, for a quarter of a century, emerged as a dominant creative force in Rome, his adopted home and one of the preeminent centres of art and culture in Europe)

Rousham inside and out
Studies in the History of Gardens & Designed Landscapes 29:2009(1/2)33-43
(on the layout and visitor experience of the English landscape garden at Rousham, Oxfordshire, the masterpiece of William Kent, designed in 1738)

Melchiorre Cafà at S. Caterina a Magnanapoli
Keith Sciberras (Ed.), Melchiorre Cafà. Maltese Genius of the Roman Baroque, Valletta 2006, 82-88
(a revisit of the relief St Catherine in Glory by Cafà, particularly with regards to a newly discovered wax bozzetto, results in the presentation and update of my previous research for an English speaking audience)

A “Dialogue” between Sculptor and Architect: the Statue of S. Filippo Neri in the Cappella Antamori
Stuart Currie / Peta Motture (Ed.), The Sculpted Object 1400-1700, Aldershot 1997, 221-237
(study of drawings by both, the sculptor Le Gros and his friend the architect Filippo Juvarra, demonstrating their very close collaboration for the altar statue in Juvarra's chapel, his early masterpiece and only surviving architecture in Rome)

Zu Ehren Casanates. Père Cloches Kunstaufträge in der Frühzeit der Biblioteca Casanatense
Mitteilungen des Kunsthistorischen Institutes in Florenz 35:1991, 323-336 [as Gerhard Schuster]
(about the patronage of Antonin Cloche, general of the Dominican order, of around 1700-1720 to honour his deceased friend Cardinal Casanate; the study follows the construction and subsequent transformation of a library building in Rome and includes the first publication of a newly discovered dedication drawing attributed to the foremost painter of the time, Carlo Maratti; it also traces the circumstances of the tomb and statue of Casanate by Pierre Le Gros and mentions sculptural reliefs by Bernardino Cametti)

Diane Arbus
(brief essay on this American photographer who, after her suicide in 1971, achieved cult status following a retrospective of her work accompanied by a monograph which turned out to be the best selling book on photography ever published)